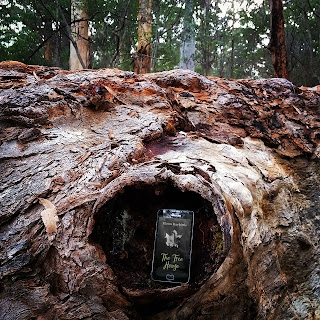 It takes more courage than most people have not to submit to the pressure to conform.

Max and Ada, ten-year-old neighbours, are engrossed in composing a book of spells in a tree house in Paris when the Nazis arrive to occupy the city. Max, the child of a rape and abandoned by his mother, is in foster care; Ada is Jewish.

Almost fifty years later Max, the black sheep of the family, summons his grandson to tell him the story of those years in Paris and reveal a guilty secret that has eaten away at him. His mind is now set on digging up the past and he wants Mark to accompany him across the English Channel. His dying wish is to shed light on the two missing women in his life: Ada and his mother. Mark though is struggling with his own existential crisis. There is a missing woman in his life too.

A deftly accomplished tightrope act of pathos and humour, The Tree House is a bewitching novel of loss and restitution, heritage and the hereafter.

I’ve read quite a few WWII books this year, but The Tree House was very different from the rest. Told from the perspectives of a grandfather and his grandson, this is a bittersweet tale of guilt and looking for redemption. Max summons his grandson to reflect on his perceived betrayal of the love of his life, Ada, in Paris during WWII, when they were both just children. He is still tortured by his last cruel and thoughtless words to his best friend before she got captured by Nazi soldiers and shipped off to a death camp, never to be seen again. Haunted by the ghost of his friend and images of a mother who abandoned him as a child, Max’s memories take on an almost surreal, dreamlike character, like the books of spells Ada and Max created in their short time together.

His grandson Mark is battling demons all of his own, reflecting on the events that lead to the breakdown of his relationship to dancer Katie, who he still can’t get out of his mind.  As the two men reconnect after years apart and confide in each other, both offer one another a strange kind of solace from their regrets. And whilst it is too late for Max to undo the past, there may still be time for Mark to make amends.

The Tree House is a tale of two men connected by blood and past regrets. Whilst the holocaust plays only a small part in the story, and the horrors of war are only ever hinted at through the eyes of an innocent child, the story explores how it has shaped Max and his life from the time Ada was taken. I enjoyed how the author connects the past and present through the relationship between the two men, one old and one young, but both haunted by their own demons. Only in each other can they find solace and a strange kind of healing. The grandfather-grandson relationship is beautifully portrayed and made this a reflective and somewhat wistful read for me.

Thank you to Netgalley and Cheyne Walk for the free electronic copy of this novel and for giving me the opportunity to provide an honest review.
Posted by but books are better at 18:31