Book Review: THE STRANGE ADVENTURES OF H by Sarah Burton 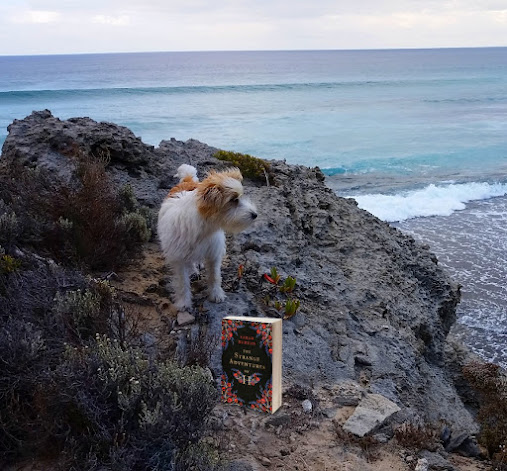 Title: THE STRANGE ADVENTURES OF H

Orphaned young, H is sent to live with her doting aunt in London. H's life is a happy one until her lecherous cousin robs her of her innocence, and the plague takes away the city and the people she loves. H is cast out—friendless, pregnant and destitute--into the rapidly emptying streets of London under quarantine.

Forced to fend for herself, she is determined to gain back the life she lost. H will face a villain out for revenge, find love in the most unexpected places, and overcome a betrayal that she never could have foreseen. Weathering it all, can H charm, or scheme, her way to the life of freedom and independence that she longs for?

What a curious little jaunt through 17th century London this book proved to be! I admit that it was pure cover love that first drew me to the story, and I am so glad that I embarked on this journey. Covering historical events such as the plague, the Great Fire of London and the Shrove Tuesday Riots, this was not only an unusual but refreshingly honest (and sometimes funny) tale told through the eyes of an enigmatic, plucky young protagonist.

After having been orphaned as a young child,  the girl “H” and her older sister are sent to live with an aunt in London, where they act as part surrogate daughters, part hired help in their relative’s large and comfortable house. Life is good until a series of disasters (being raped by an older cousin, falling pregnant and losing most of her remaining family to the plague), H finds herself on the streets, having to fend for herself to survive. But she is nothing but resourceful, and the following story tells of her adventures ...

If you think that having a character only referred to as “H” is strange, don’t let this put you off from reading this delightful book – you will find out the reason soon enough! H was a wonderful protagonist, representing the life of a young woman in the era, even if her journey was anything but ordinary. This is not the type of dry, tedious historical fiction often encountered when reading about the late middle ages, but a story full of family drama, intrigue and adventure. The setting in old London town is atmospheric and evokes the era perfectly, especially in the grip of the plague and with a fire destroying great parts of the city. I also fell in love with many of the other colourful characters starring in H’s life, which added interesting side elements to the story.

At times, I was divided between taking the book as an entertaining romp (it appears at times not to take itself too seriously, with H’s often quite humorous observations) and wanting a bit more emotional depth, for example the terrible stresses encountered during the plague, which sometimes felt rushed and a bit glossed over. Covering a large timespan, the story often jumped over details I really wanted to explore a bit deeper.

All in all, THE STRANGE ADVENTURES OF H was an atmospheric, entertaining romp through 17th century London, led by an enigmatic female lead. Exploring the darker elements of the time through a tongue-in-cheek lens, the book never became dark or confronting despite not shirking away from the hardships faced by women of the era. The book made a pleasant change from others in the genre, not overly romanticizing history but also managing to remain upbeat and often laugh-out-loud funny when seeing the world through H’s eyes. I really enjoyed it and look forward to reading more from this author in future.

Thank you to Netgalley and Legend Press for the free electronic copy of this novel and for giving me the opportunity to provide an honest review.

Posted by but books are better at 19:03 No comments:

Do you find that you read a book with a certain theme you love and then crave ALL the books with that subject manner? I do! This has been 6 months in the making, but I've finally sorted a lot of the books I've read by themes to make it easier for readers to connect to their favourite subject matter. Enjoy!

Just click on the cover to be taken to the book's description on Goodreads.

(This is very much a works in progress, so any suggestions are welcome)
You can find an up-to-date version of this list here

Books that feature books or writers:

Book that made me cry:

All the feels (books that touched my heart):

Identity changed / characters in hiding or on the run:

Books about pandemics / quarantine / the plague:

Secrets / past mistakes come back to bite you:

Mysteries / thrillers playing out over a very short timeline:

Spooky / a hint of the supernatural / gothic:

The legacy of trauma:

Based on a true story:

Posted by but books are better at 20:20 No comments: