A dark, compelling and original thriller that will have you spellbound from its atmospheric opening pages to its shocking climax. Hades is the debut of a stunning new talent in crime fiction.

Hades Archer, the man they call the Lord of the Underworld, surrounds himself with the things others leave behind. Their trash becomes the twisted sculptures that line his junkyard. The bodies they want disposed of become his problem for a fee. Then one night a man arrives on his doorstep, clutching a small bundle that he wants 'lost'. And Hades makes a decision that will change everything...

Twenty years later, homicide detective Frank Bennett feels like the luckiest man on the force when he meets his new partner, the dark and beautiful Eden Archer. But there's something strange about Eden and her brother, Eric. Something he can't quite put his finger on. When the two detectives are called to the scene of an attempted drowning, they find a traumatised victim telling a story that's hard to believe - until the divers start bringing up bodies.

Frank is now on the hunt for a very different kind of serial killer: one who offers the sick and dying hope at murderous cost. At first, his partner's sharp instincts come in handy. Soon, he's wondering if she's as dangerous as the man they hunt.


Hades is a dark, gritty, atmospheric thriller by Australian author Candice Fox, set in Sydney. Its relentless pace, undisguised violence and mounting body count left me both spellbound and breathless, reading frantically and only coming up for air occasionally. So whilst hooked from page one I was almost glad when it was over and I could finally put the book down!

Hades Archer, aka Lord of the Underworld, is the man people turn to when they want to make things disappear. It is rumoured that countless bodies have been disposed of in the rubbish tip he oversees, never to be found. Hades is the man a group of criminals turn to when their planned home invasion of a millionaire’s house has gone wrong, resulting in the death of the rich man and his wife, with their two small children taken hostage. But with a lack of relatives to ransom their small hostages to, the children have become a liability, and need to be disposed of – who better to do that than Hades? But even a tough man like Hades has a heart, and a soft spot for innocent lives – and when he discovers that the badly beaten children are still alive, he makes a decision which will have far reaching consequences.

Twenty years later, detective Frank Bennett is partnered with the dark and mysterious Eve Archer from the Bondi homicide squad after the shooting death of her former partner. There is something slightly off with Eve and her brother Eric, also a homicide detective, which Frank can’t quite put his finger on. But soon he is too engrossed in their investigation into the discovery of several large toolboxes containing bodies in various states of decay on the bottom of Sydney Harbour to pursue his curiosity about his new partner further. As the body count mounts and the team races against time to catch the depraved perpetrator, Frank makes a discovery which will change everything he has believed possible about his new partner.

Hades is a fast-paced thriller which is not for the faint-hearted. From the dark and sinister environment of Hades’ tip to the brutal slaying of innocent victims in inner-city Sydney, its undisguised violence is enough to turn your stomach and take your breath away. Switching between the present and Eric and Eden’s unusual past, it highlights how our childhood experiences shape us and make us into the adults we become. Both drawn to and at the same time repelled by the siblings and their actions, the reader walks a constant moral tightrope trying to distinguish between right or wrong, good or evil. Put into context with a perpetrator so depraved that his killings are the stuff your worst nightmares are made of, Eden and Eric’s actions almost seem justified – and yet appalling. As a reader I felt constantly torn between admiration and disgust, sympathy and horror, yet unable to tear myself away.

Since the ending opens the door to many more novels to come, I expect to see a lot more of the Bennett / Archer partnership in future crime novels. Whilst I did not particularly warm to Frank as a main character, I am looking forward to what Eden’s future will hold. Candice Fox is an exciting new voice in Australian crime fiction – highly recommended.

Thank you to Netgalley and the publisher for providing me with a free electronic copy of this book in exchange for an honest review. Please note that the final published copy may vary from the one I reviewed.

Seeing that it's a brand new year I will take this opportunity to quickly reflect on my reading journey in 2013:

Looking at the list of reviews posted I can almost pinpoint the date at which my exhaustion due to a ridiculously heavy workload from my job and study got in the way of reading and reviewing. Whilst I managed to still read a few pages before succumbing to sleep every night, I did fall 9 books short of my 100 book target for 2013 - as well as having a list of books waiting for review, which I am still hoping to do justice in the next few weeks.

On the upside, I did manage to finish my target for the Australian Women Writers Challenge, thorough which I discovered some fantastic home grown authors.

I also continued to enjoy a vast array of audiobooks, which kept me sane during my daily 2 hr commute, sometimes in the early morning or late night hours dodging kangaroos and trying to stay awake. Without them I may not have been able to keep my eyes open! Predictably, my preference in terms of audiobooks leans towards gripping thrillers, which not only make the time go much faster but also sometimes see me sitting in the driveway at home still listening, unable to tear myself away (until my husband comes looking for me with the torch asking "what ARE you doing????").

In 2014, this shiny brand new year of possibility, I am planning to work on my work/life balance and get back into a reading and reviewing schedule - perhaps aiming for 100 books to read in 2014 is a bit ambitious, seeing how I am contemplating further study this year, but it's not called a challenge for nothing, is it? 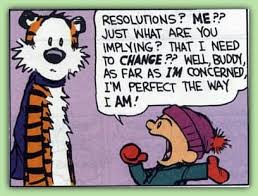 My first book for 2014 is Deeper Than the Dead by Tami Hoag, and I am already enthralled. 2014 - let's bring on some serious reading!
Posted by but books are better at 23:05 No comments: