Book Review: THE IT GIRL by Ruth Ware 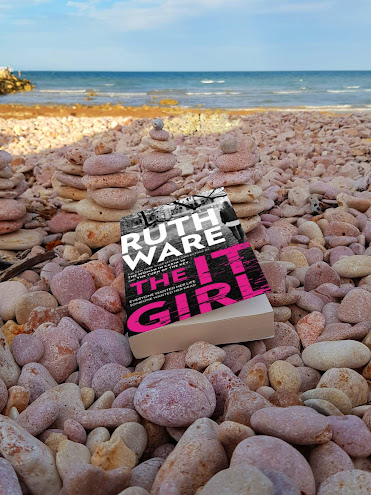 Title: THE IT GIRL

Vivacious, bright, occasionally vicious, and the ultimate It girl, she quickly pulled Hannah into her dazzling orbit. Together, they developed a group of devoted and inseparable friends—Will, Hugh, Ryan, and Emily—during their first term. By the end of the second, April was dead.

Now, a decade later, Hannah and Will are expecting their first child, and the man convicted of killing April, former Oxford porter John Neville, has died in prison. Relieved to have finally put the past behind her, Hannah’s world is rocked when a young journalist comes knocking and presents new evidence that Neville may have been innocent. As Hannah reconnects with old friends and delves deeper into the mystery of April’s death, she realizes that the friends she thought she knew all have something to hide…including a murder.

It’s no secret that Ruth Ware is one of my favourite authors and I will devour anything she has written. In THE IT GIRL, she once again showcases the writing style she is famous for: the slow-burning, character driven mystery that keeps you guessing the whole time. Featuring her trademark slightly damaged / neurotic character, there is that delicious element of doubt whether they are being totally honest with you, which adds additional challenges to the armchair detective. My initial theory, as clever as I though it was, was ultimately proven wrong again!

Hannah is one of Ware’s trademark characters. Not completely likeable, slightly obsessive, neurotic, suspicious and hiding her own secrets, she was nevertheless relatable and quickly drew me into the story. There are few people who won’t be able to relate to an average, even a bit boring person being drawn into the limelight of a more glamorous friend and falling under their spell. Hannah Jones, an only child, bookish and as average as her surname (no slight intended), is instantly smitten by her vivacious roommate April Coutts-Clivenden as soon as they meet in their dorm room in Oxford. And here is one of Ware’s other skills that instantly draws me to her books: her ability to create a dark atmospheric setting, in this case Oxford College. Who can’t imagine sinister going-ons in those dark halls and narrow staircases? A place where creepy porters patrol the grounds, and a high wall keeps you out (or in) at night.

As in her previous novel THE LYING GAME, THE IT GIRL features a group of college friends whose dynamics drive the “THEN” part of the novel, recounting the events leading up to April’s murder. The “NOW” focuses on an adult Hannah, now married to April’s former boyfriend and living far from the scene of the crime, in Edinburgh. When Hannah hears that the man who had been convicted of April’s murder has died in prison, past memories resurface, even though she has tried so very hard to keep them buried.

THE IT GIRL is a must read for fans of dark academia or those who love mysteries based on friendship dynamics. It’s one of those rare books that features a clever twist that remains plausible and shows how cleverly plotted this book really was, and how all the clues led up to this point (and yet I totally missed them). It’s a delicious slow burn with an atmospheric setting that made for some great armchair travel. If you are a fan of Ware’s writing then you will most likely enjoy this one as well – I know I did!

Thank you to Netgalley and Simon & Schuster Australia for the free electronic copy of this novel and for giving me the opportunity to provide an honest review.

Posted by but books are better at 20:34 No comments: 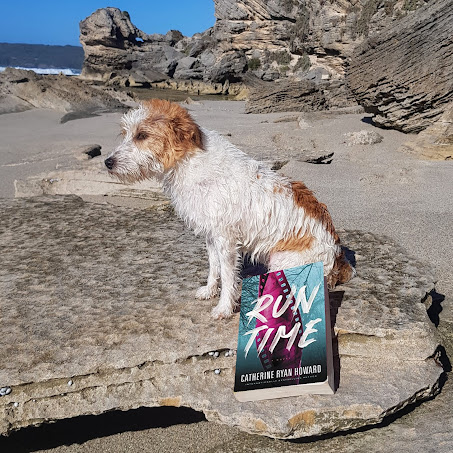 Movie-making can be murder...

The tagline:
'Based on a terrifying true story. That hasn't happened - yet.'

The location:
A cottage deep in a forest, miles from anywhere in the wintry wilds of West Cork.

The lead:
Former soap-star Adele Rafferty has stepped in to replace the original actress at the very last minute. She can't help but hope that this will be her big break.

The problem:
Something isn't quite right on the set of Final Draft.
Adele is about to discover that the real horror lies off the page..

I love the way CRH’s mind works. Nothing is ever straightforward. I may trust that the characters are telling me the truth, but in the end they always manage to surprise me. In RUN TIME, CRH takes the theme of your typical horror movie and runs with it, drawing on her brother’s experiences with the world of film. I really enjoyed how the book managed to be both a “book within a book” as well as a movie within a book, with all three mediums intersecting to create a deliciously descriptive backdrop. The concept of life mirroring a horror movie script was an intriguing and refreshingly original concept. I also felt that the chapters of screenplay provided an interesting contrast from the main story and were very “visual” – it gave me the feeling of bingeing on a favourite Netflix series.

As with her previous book, 56 DAYS, RUN TIME relies heavily on an atmospheric, claustrophobic setting – in this case the film set of a horror novel deep in some dark Irish woods (at night time in the rain). As it plays out over a short period of time, the story is both character driven as well as paying attention to the little details that will ultimately give you the clues to what is really happening here. Our main character Adele’s fragile state of mind and overactive imagination adds another element to the unreliable narrator theme that worked well here. Some old worn horror movie tropes were skilfully woven into the story in a way that both played them down as movie props and simultaneously added tension to the story as things started to happen to Adele that she couldn't explain.

Perhaps my only quibble is that the story got bogged down a bit towards the middle just as things started to go bump in the night - I would have loved to see those scenes exploited a bit more to ratchet up tension. That said, the final reveal took me by surprise and showed me just how cleverly plotted CRH's latest book really was.

Whilst RUN TIME wasn’t my all time favourite CRH book, it was an enjoyable and captivating novel I thoroughly enjoyed reading. I look forward to what the author will come up with next.

Thank you to Netgalley and Blackstone Publishing for the free electronic copy of this novel and for giving me the opportunity to provide an honest review.

Posted by but books are better at 19:25 No comments:

Do you find that you read a book with a certain theme you love and then crave ALL the books with that subject manner? I do! This has been 6 months in the making, but I've finally sorted a lot of the books I've read by themes to make it easier for readers to connect to their favourite subject matter. Enjoy!

Just click on the cover to be taken to the book's description on Goodreads.

Books that feature books or writers:


Book that made me cry:

All the feels (books that touched my heart):

Identity changed / characters in hiding or on the run:

Books with a lighthouse setting:

Living off the grid:

Books about pandemics / quarantine / the plague:

Secrets / past mistakes come back to bite you:

Mysteries / thrillers playing out over a very short timeline:

Spooky / a hint of the supernatural / gothic:

The legacy of trauma:

Based on a true story:

Posted by but books are better at 19:39 No comments: