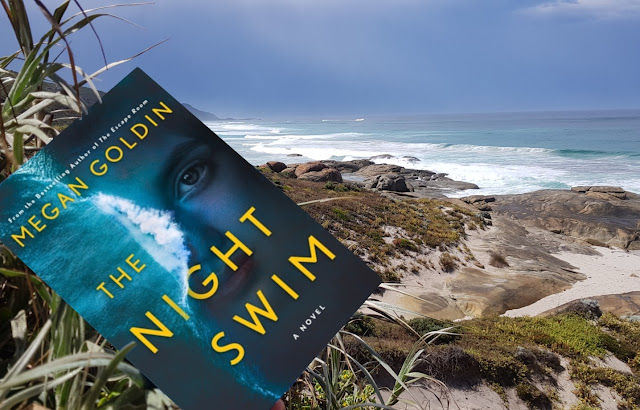 After the first season of her true crime podcast became an overnight sensation and set an innocent man free, Rachel Krall is now a household name―and the last hope for thousands of people seeking justice. But she’s used to being recognized for her voice, not her face. Which makes it all the more unsettling when she finds a note on her car windshield, addressed to her, begging for help.


The small town of Neapolis is being torn apart by a devastating rape trial. The town’s golden boy, a swimmer destined for Olympic greatness, has been accused of raping a high school student, the beloved granddaughter of the police chief. Under pressure to make Season Three a success, Rachel throws herself into interviewing and investigating―but the mysterious letters keep showing up in unexpected places. Someone is following her, and she won’t stop until Rachel finds out what happened to her sister twenty-five years ago. Officially, Jenny Stills tragically drowned, but the letters insists she was murdered―and when Rachel starts asking questions, nobody seems to want to answer. The past and present start to collide as Rachel uncovers startling connections between the two cases that will change the course of the trial and the lives of everyone involved.


Electrifying and propulsive, The Night Swim asks: What is the price of a reputation? Can a small town ever right the wrongs of its past? And what really happened to Jenny?

What attracted me to this book:

With THE ESCAPE ROOM having been a five-star read for me, I was thrilled to receive an ARC of Goldin’s latest novel, THE NIGHT SWIM. Do you keep some books on your TBR for a special treat to cash in at a time you really need it? Well, I did that here and it totally paid off.

Over the last couple of years, I have noted a rise in mysteries featuring social media and podcasts, and I enjoy the inclusion of various types of media to flesh out the story. Goldin’s main protagonist, Rachel Krall, is the creator of a popular true crime podcast, and her recordings feature as separate chapters telling part of the story. It almost had the feel of a “book within a book” concept, and I love that!

THE NIGHT SWIM may have triggers for some readers, such as violence and rape, but it did make for compelling and contemplative reading. Rachel Krall is covering a rape trial in which a small town’s golden boy has been accused of raping the sixteen-year-old granddaughter of the police chief. The town is divided. Is she lying? Is he guilty? As Rachel knows, rape trials are excruciating agony for the victim, as they have to re-live all the gory details of the attack. It doesn’t help that it usually comes down to a he-said-she-said trial, in which each solicitor is trying to win over the jury by whatever means they can. It is Rachel’s goal to provide her audience with as much neutral facts as she can.

But Rachel’s attention is not purely focused on the trial after receiving an anonymous letter from a woman who is asking for help in finding her sister’s killer. Allegedly the murder occurred in the same small town where the trial is taking place, over 20 years ago. Once Rachel starts asking questions, she feels like she is hitting a brick wall, and her curiosity is piqued ...

A tale of two rapes, in the same small town, decades apart – this may not sound like uplifting reading, but it was woven into a compelling mystery with such skill and sensitivity of a brilliant writer that I could not tear myself away. All the feels with this one: fear, fury, grief and a fist-clenching anxiety as I was waiting for justice to prevail. THE NIGHT SWIM is a book that will take you on a rollercoaster of emotion and spit you out, breathless and exhausted, but not after the last page has been turned. Told trough the POVs of both Rachel and Hannah and interspersed with episodes of Rachel’s podcast, I frantically turned the pages to find out more. I was disappointed that this was not a real podcast I could get addicted to, because it ticked all the boxes for me – the podcast that puts you in the jury box. Yes please! Harrowing – yes. But utterly compelling.

It is hard to believe that both THE NIGHT SWIM and THE ESCAPE ROOM came from the pen of the same writer, because on the surface they couldn’t be more different. But once you look deeper, you will see some similarities, mainly in the strong female leads and their quest for justice. And, of course, the brilliant writing! Edgy, raw and very relevant today, this was a total winner for me and I cannot recommend it highly enough.

If you enjoyed the podcast elements in this one, you may also like:

Thank you to Edelweiss  and St Martin’s Press for the free electronic copy of this novel and for giving me the opportunity to provide an honest review.